As an avid blues fan, there is only one thing to say about the November 30 blues pub tour… that Saturday should last 48 hours, so you don’t have to miss a thing. Because, like a child who can’t choose in a sweet shop, you have to make choices. Within the broad spectrum of the blues there is fortunately something for everyone and that immediately explains the success of this annual event. 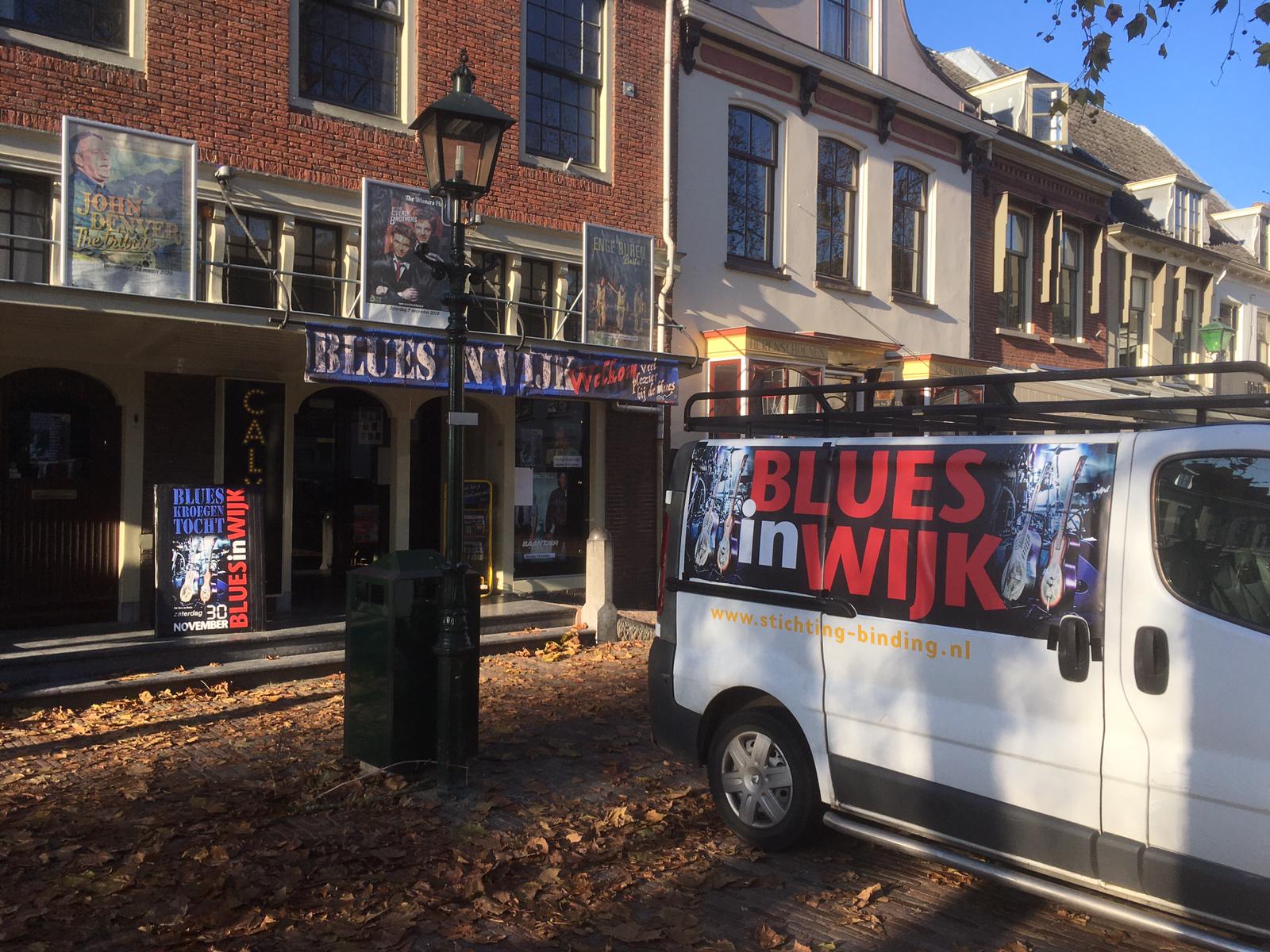 From original blues by duo Gumbo & the Monk in the afternoon in the E&E Gasthuis, including on instruments made from cigar boxes as they used to make music on the cotton plantations, to virtuoso blues-rock on electric guitar, which has evolved through the generations. It’s all on offer at 13 venues across the city. If you were to pop in anywhere, you would in fact be taking a journey through time and playing styles. 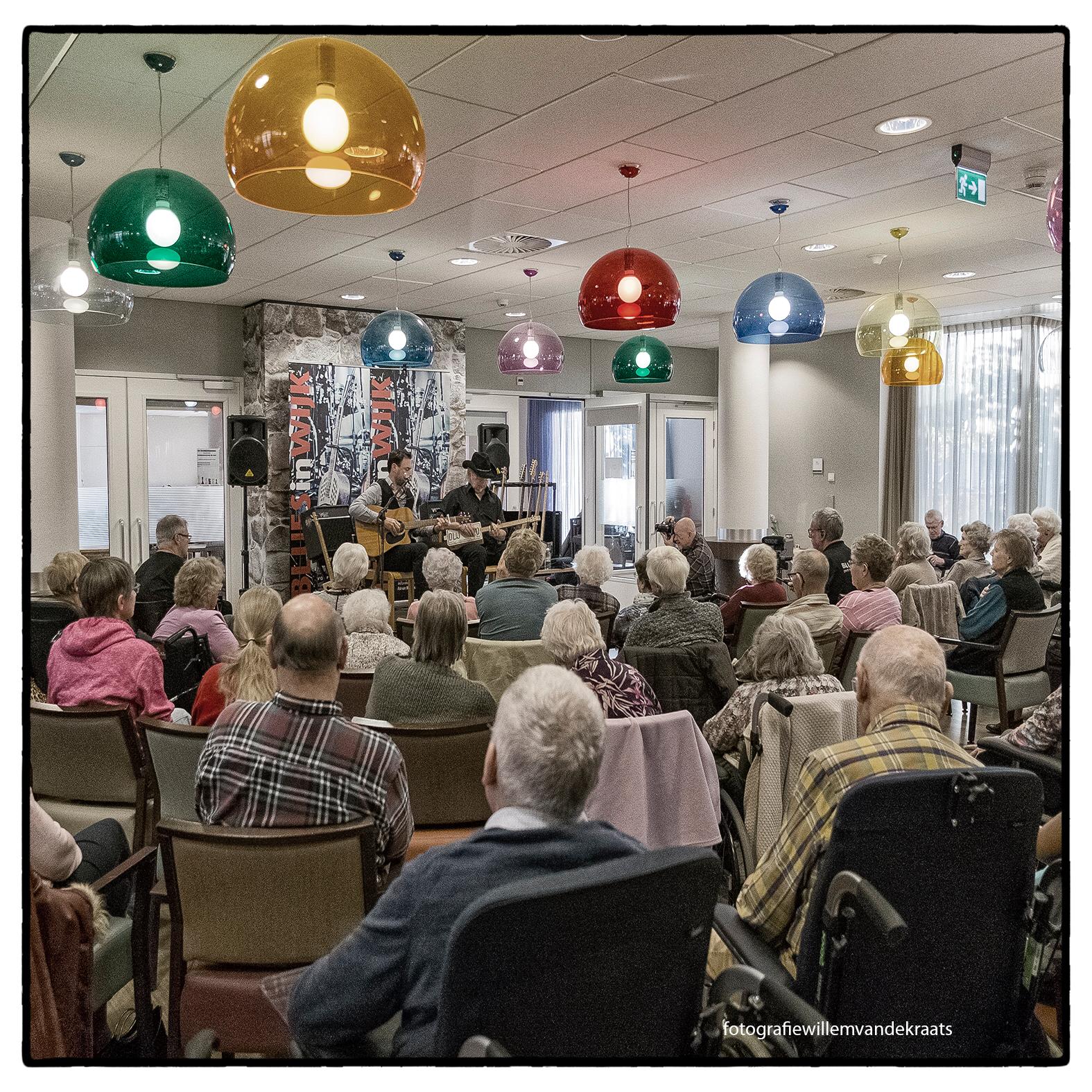 The fans had already come to the city centre at four o’clock where they could choose between the Muddy Waters Tribute Band in the Calypso theatre and Rude Mood Blues Band in café De Vaert. After that, they opted for a pleasant restaurant like Pepe’s Cucina with subdued blues artists like Robbert Duijf in the background. A remarkably large number of visitors from outside of Wijk have discovered the Blueskroegentocht. At eight o’clock the big show starts. At Calypso the Ralph de Jongh Band and at café de Engel the Dave Warmerdam Band. Both, oh dilemma, greats from the Dutch blues scene. It’s a choice or walk back and forth. 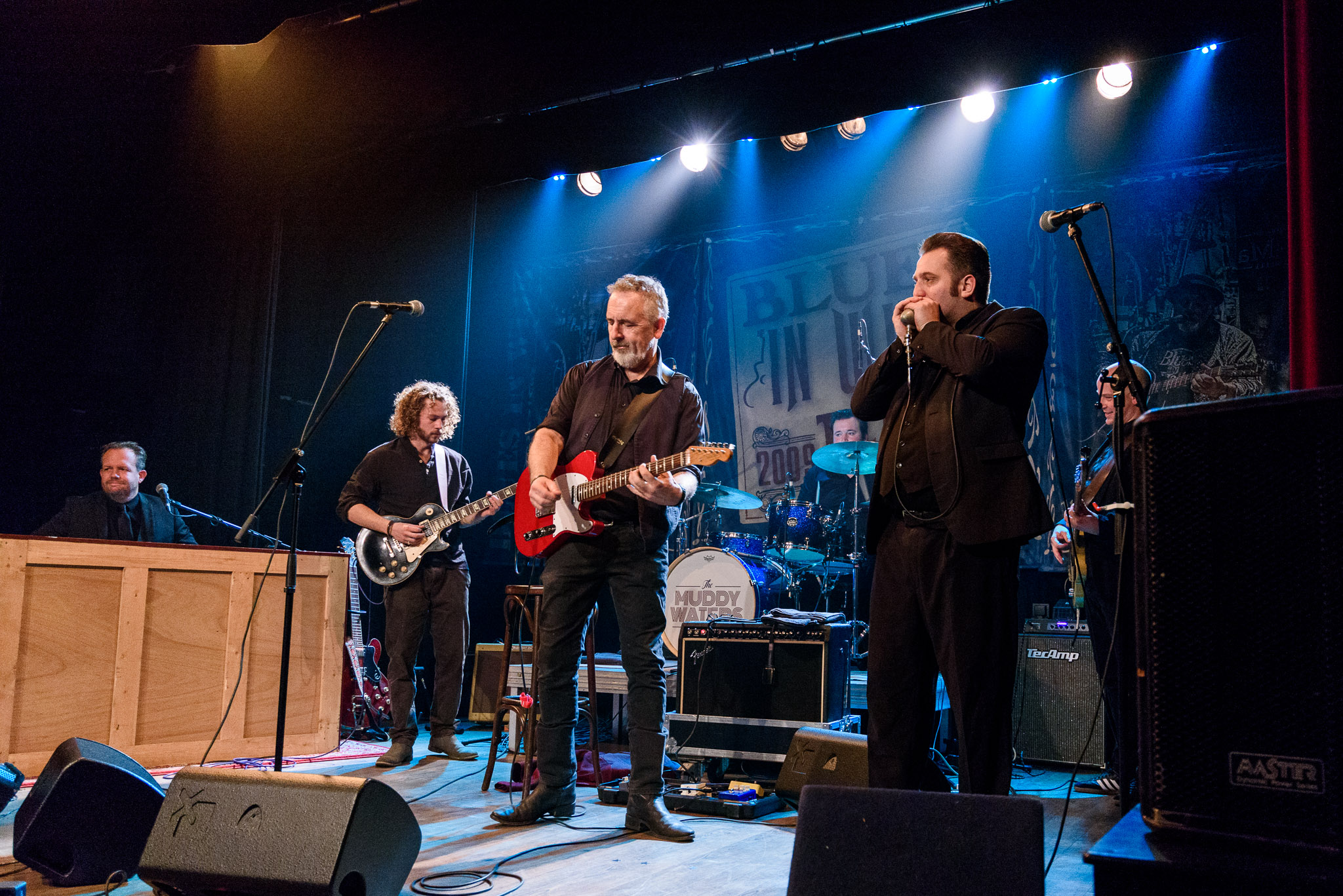 De Engel is bursting at the seams during Dave Warmerdam’s first set. Fortunately, everyone is welcome in Calypso to an inimitable Ralph de Jongh who starts with pure underground new style, painted by the specific guitar sound of guest guitarist Ruben Hoeke. Later in the set, it becomes swinging rock, in which both guitarists, whipped up by the rest of the band, compete in virtuoso playing in spun-out numbers. During Dave Warmerdam’s second set, a part of the audience is already looking for other pubs where they continue to play until 01:00. Those who stay enjoy the beautiful songs from their soon to be released CD. Highly recommended! 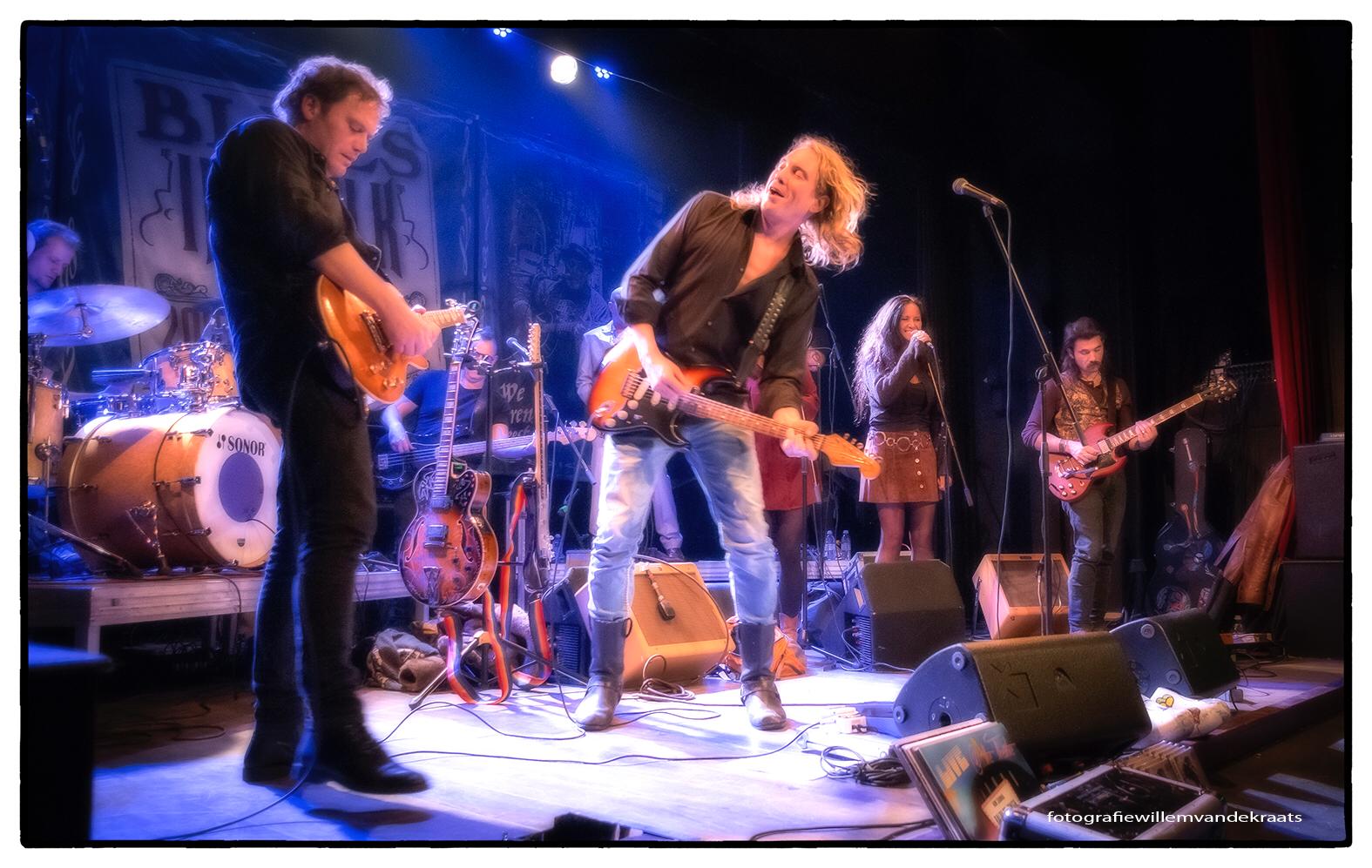 Hoodoo Monks at Eethuys Dorestad is busy, ‘t Hoff with Talkin’ Blues & Delta Ladies is full, The Detonics are entertaining the birthday host Ruud Wijnstra at café Die 2, at Ome Ko Sweet Mary Jane has in the meantime been replaced by Stef Paglia Trio. Ome Ko is overcrowded at midnight, the people are standing in front of the door, two out, two in. Stef is another excellent guitarist, Blues Bones member, who needs nothing more than drums and a bass player to support him and give a great performance with delicious classics interspersed with his own work. 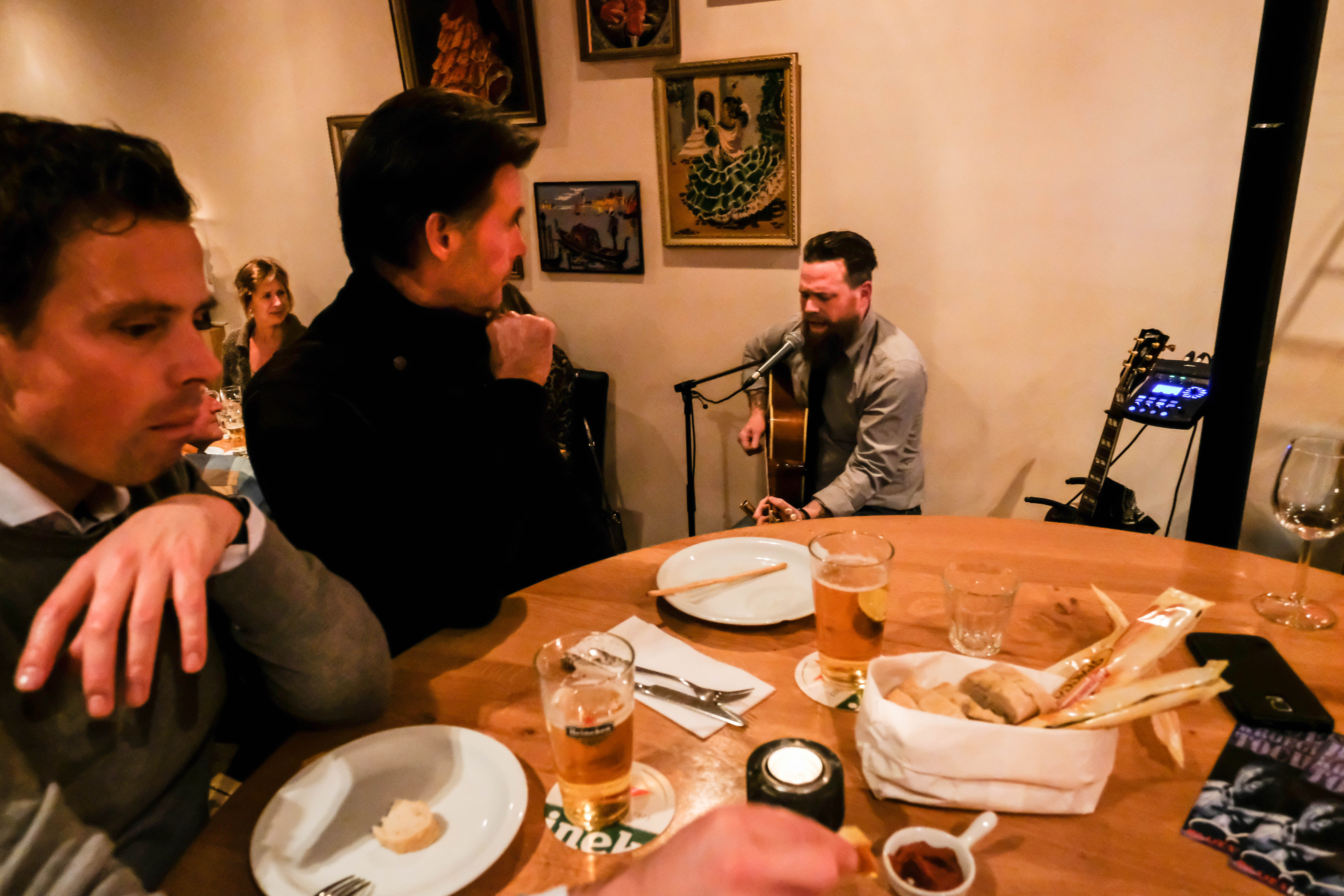 But the big discovery this edition is 20-year-old Ray Stepien from Eindhoven. The trio will play the Pakhuis to the death in their final act. If you closed your eyes, you imagined yourself 45 years back in time, really, this is what Voodoo Child by the Jimmy Hendrix Experience sounded like back then. This trio brings back their sound perfectly, as if you put on Electric Ladyland. But Stevie Ray Vaughan and John Mayer are also undoubtedly his great examples. How is it possible, at this age already such an outstanding level, what gifted musicians. Bassist Joni Houtman steals everyone’s heart and, together with drummer Daan van der Vorst, forms the solid base on which Ray can build. Among other things, he effortlessly plays a song partly in B.B. King, Vaughan and Hendrix style. It’s great that a whole generation of young blues musicians are effortlessly taking over the baton from the old guard.
The blues lives in the Netherlands as never before. 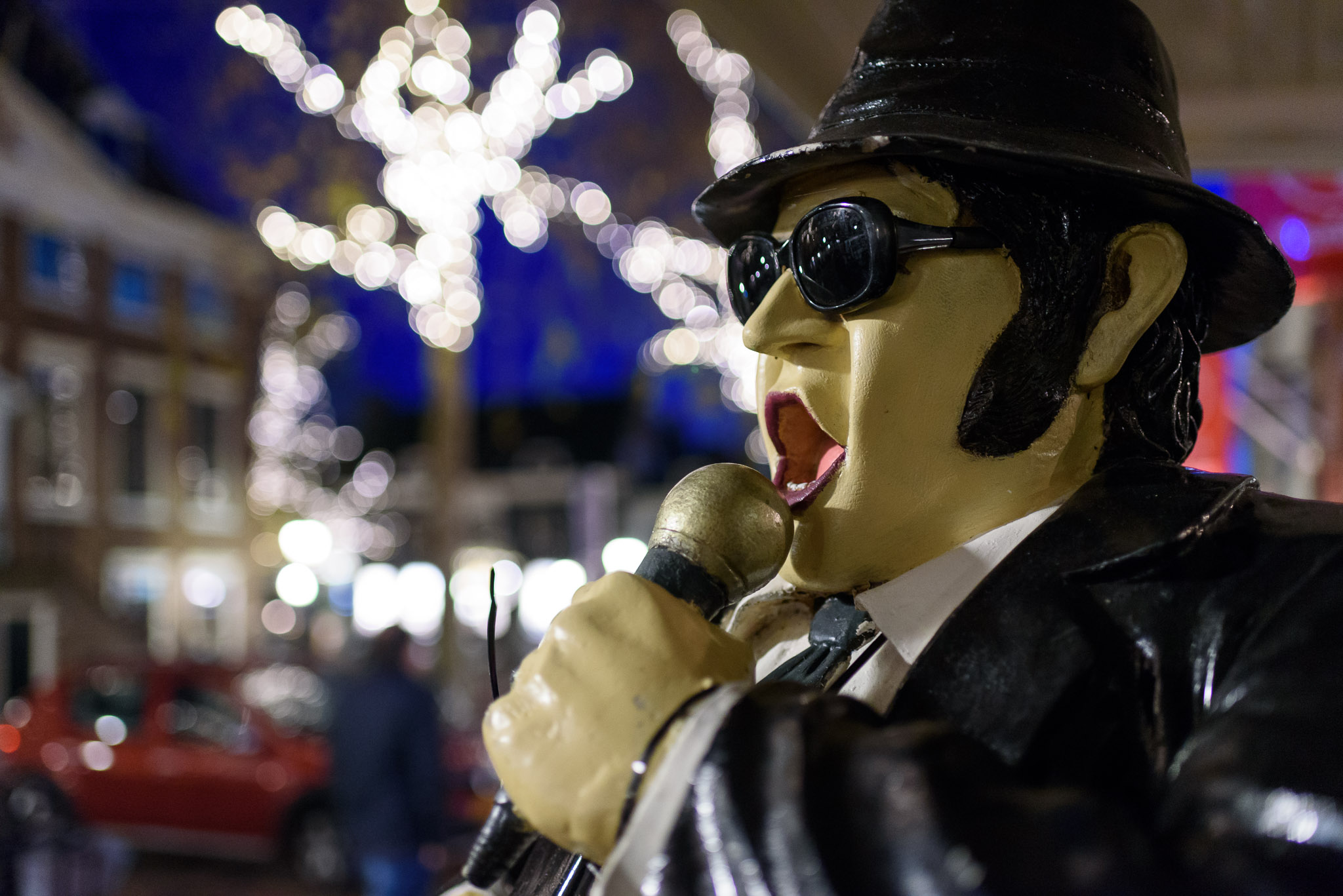