NO WIJKSE BLUES EVENTS IN AUTUMN 2020

After a more than great start of the 11th blues year with the Belgian and Dutch Challenge winners, Blues in Wijk was preparing for the Wijk Bluesweek in April. A new experiment with a whole week of blues in elementary schools, a blues walk, a great movie night and bands in the Calypso theatre and cafes.  However, Corona presented itself and stopped the blues train in March, which was just getting going, squeaking and creaking. Also the concert in May of Bernard Allison, which was very much looked forward to, had to go. So no blues in Wijk until the summer holidays.

1.5 metres distance. Meanwhile, the Corona measures have been eased somewhat, and from June onwards, the hotel and catering industry may also get some air. However, the basic health measures, such as the 1.5 m distance, remain in full force. No one dares to speak out loud about a concrete date at the moment, but you can read and hear between the lines that this could take a very long time. First and foremost, the government wants to prevent a new outbreak and repeated overburdening of care services. A new vaccine does not seem likely in the short term either.

How to proceed? Reason enough for the Wijk bluesmen to think about the planned blues events in the autumn, such as the Bluespodium in September, Blues bij de Buren in October and the Blueskroegentocht in November. Events with over 30 blues bands and around 2000 visitors in packed houses, theatres and pubs. It was not clear to them how this could be handled safely and properly with a 1.5m restriction. Even the home owners, the catering industry, fellow organisers in the cultural sector, volunteers and safety experts who were consulted were unable to come up with conclusive and alternative solutions. The more it was discussed, the clearer it became that it would be irresponsible to allow these events to go ahead. A force majeure situation, which confronted them with a very difficult choice. On Monday 18 May, they cut the knot and, with pain in their hearts, chose to cancel everything in the autumn.

No blues in 2020. So for the time being, no blues in Wijk until the end of 2020. Very unfortunate, but health of musicians, visitors, volunteers and organization are paramount. Hopefully the spring of 2021 will bring better news and beautiful blues bands can be brought to Wijk again. From a financial point of view, 2020 will be a blues year with low costs, which Blues in Wijk thinks it can survive without too much trouble. Therefore, they will not collect the yearly contributions from friends and sponsors. Calypso, their ‘home base’, has a hard time surviving this summer. It would be unthinkable if this splendid theatre were to go under because of the Corona crisis. That would be an incredible hole in the cultural heart of our beautiful city. The board of the Blues in Wijk Foundation has made the suggestion to its friends and sponsors to voluntarily transfer the blues contributions that will not be collected this year to the bank account of Theatre Calypso. (NL41 RABO 0120 5524 69). Tom and Catharina van Ginkel can use every Euro very much. Support them! 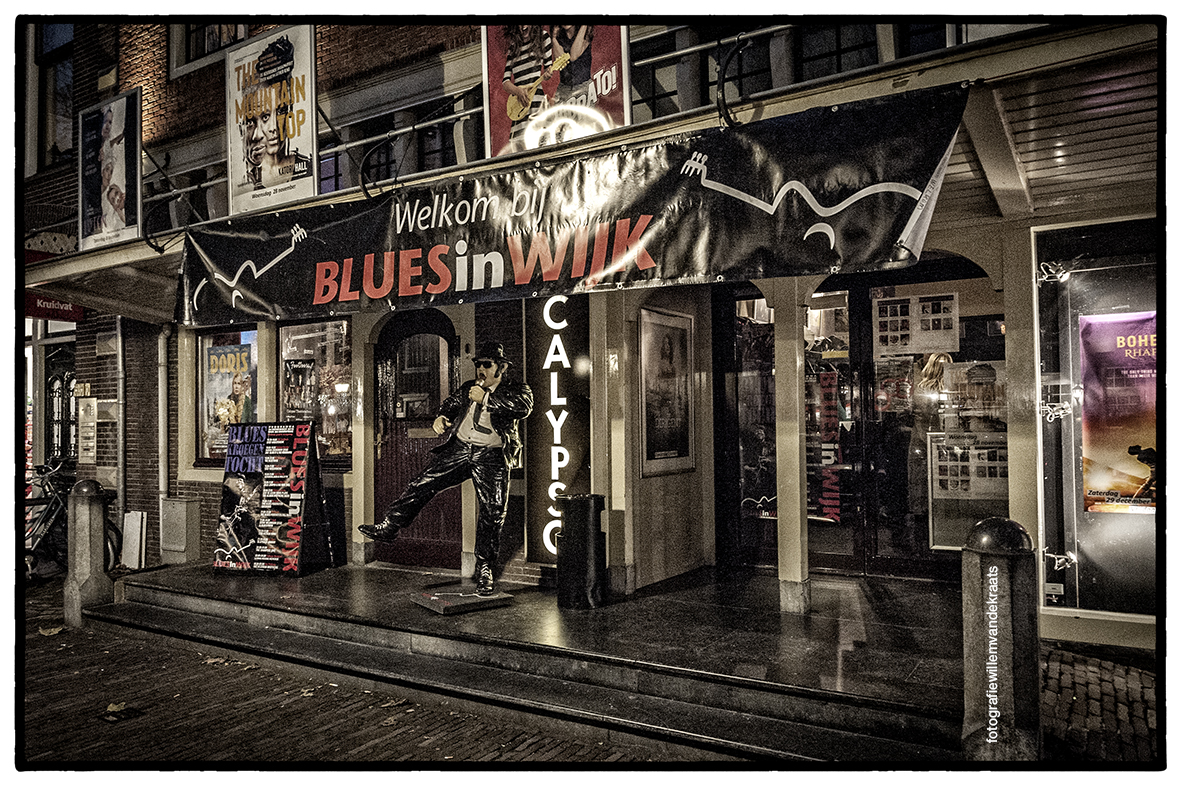