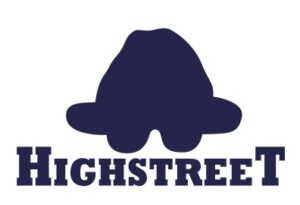 Since 1993 Regio90, the regional broadcaster for the municipalities Utrechtse Heuvelrug and Wijk bij Duurstede, has been broadcasting the radio program Highstreet Jazz and Blues every Sunday afternoon at 12.00. Presenter and composer Jos du Floo plays the first hour of blues music with the latest CDs, interviews and performances and can be heard on cable or on frequency 91.7FM or worldwide via www.regio90.nl. The program is also repeated on Wednesday evenings between 6 and 8 pm. Immediately after the broadcast on Sunday, the program can also be heard between 14.00 and 16.00 hours via RTV Slotstad.

Following an idea from Jos, from 1 January 2022 they can also be listened to via the links below. Each broadcast is filled with 60 minutes of non-stop blues and can be listened to for 3 months.

In each broadcast, Jos also plays a song from the “LP of the month”, another great collaboration with Jos and Regio90.   In February, the entry is from Willem van de Kraats. His choice is Q65, ‘Revolution’.

In each broadcast, Jos also plays a song from the “LP of the month”, another great collaboration with Jos and Regio90.   In January, the entry is from Bo Brocken. His choice is Muddy Waters, “Folk Singer” (1964).

January 23, 2022 show 1487. Already on my way to show 1500!! I start with a song of Seth Lee Jones. Also lots of new and old work such as The Amy Ryan Band, The Black Sorrows, Colin Linden, Justin Johnson, The Wood Brothers, UFO, Leon Redbone, Tas Cru, Tony Holiday and Box Of Kings and of course the ‘LP of the month’.