The must see music documentary of the year

On Friday evening, March 4, be blown away by the crushing images and sounds of Summer of Soul, the forgotten Harlem Cultural Festival aka ‘Black Woodstock’ in theater Calypso. You don’t get closer to a big concert. And bet you won’t sit still? Musician and debuting director Questlove brilliantly brings never-before-seen images to life in this energetic and swinging documentary. Sitting still is impossible. Book your ticket (€9,-) via Calypso theater.

Chances are you know the legendary Woodstock festival, but have never heard of the Harlem Cultural Festival. Sin! This historic event took place in New York’s Mount Morris Park, less than 100 miles from Woodstock, in the same summer of 1969. The festival consisted of a series of six free concerts and attracted a total of more than 300,000 visitors and performances by musical greats such as B.B. King, Nina Simone, Sly & the Family Stone and a very young Stevie Wonder. But no one wanted the recordings, not even under the moniker ‘Black Woodstock’. And so more than forty hours of legendary and swinging material ended up in the basement of one of the organizers. How tragic. 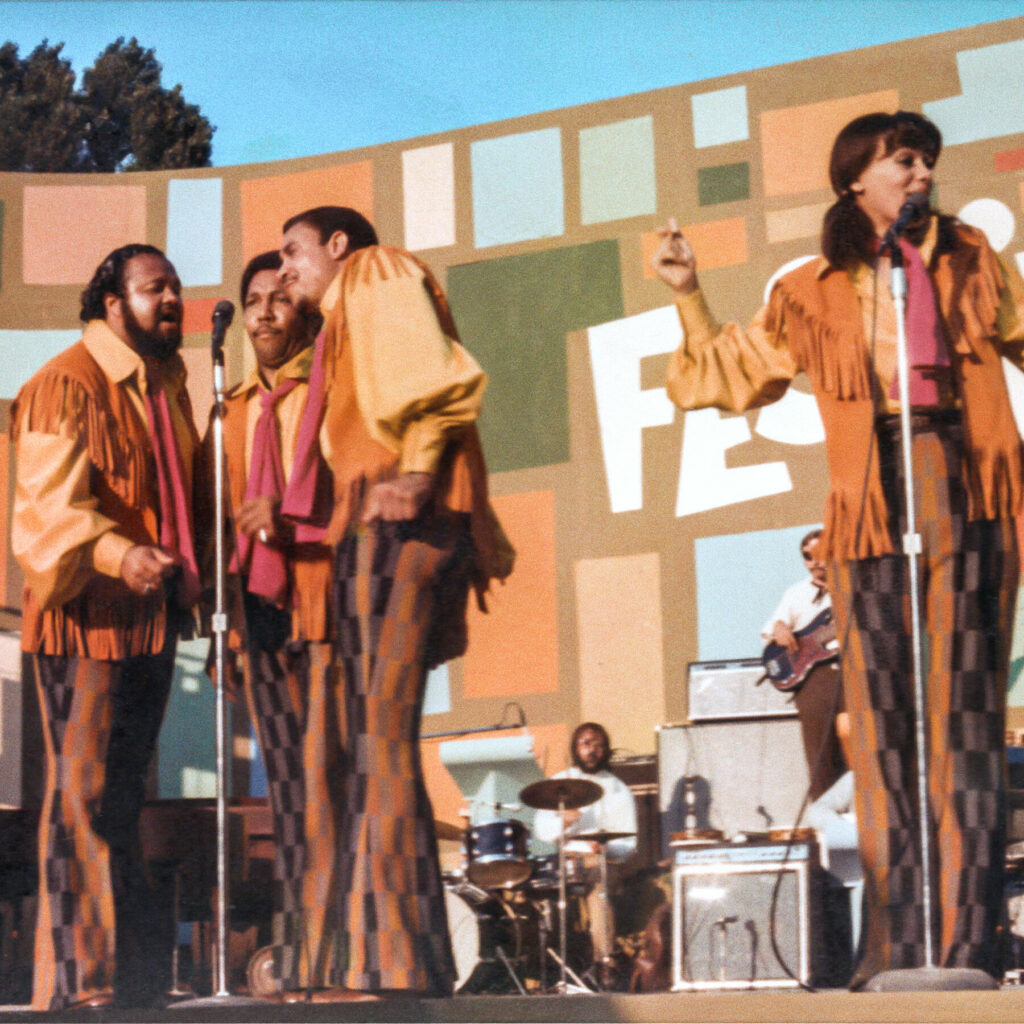 Fortunately, nearly fifty years later, film producers Jon Kamen and Dave Sirulnick (Hamilton, American Utopia) stumbled upon the footage by accident while working on a film about Nina Simone. Sirulnick and Kamen then approach the versatile musician and drummer Ahmir ‘Questlove’ Thompson (The Roots, D’Angelo, Jill Scott, Erykah Badu, Amy Winehouse). Will he please direct a documentary about the festival with his enormous musical knowledge? The drummer is so impressed by the recordings that he modestly asks if this important Black American musical and cultural history could not be better spent on Spike Lee or Ava DuVernay. But Kamen and Sirulnick convince Questlove to direct Summer of Soul. It turns out to be a golden opportunity.

Summer of Soul is a super-swinging, energetic and moving account of not only the best black artists of the time, but also an event entirely devoted to black culture. It’s a celebration of black music, fashion, subcultures and community spirit, just one year after Dr. Martin Luther King. A period in which new generations of black Americans demand change and improvement. And where music is not only a healing, but also an uplifting and motivating force.

Questlove alternates the unparalleled performances with stories from those present. In some cases, the artists themselves speak, but you mainly get anecdotes from the festival visitors. Beautiful, personal stories that clarify the context of the event and thereby emphasize the historical importance of the Harlem Cultural Festival. This was not just any festival. This was a unique moment to shine. To treat disadvantaged people to a carefree outing and instill pride and self-esteem. And musically blow it away.

Summer of Soul lasts two hours, but swings by at such a fast pace that you long for more after the credits. Fortunately, the performances can be seen in their full glory and the stirring sounds and narration propel the documentary wonderfully. Questlove’s excellent sense of timing and rhythm undoubtedly enhanced the editing.