PREMIERE FOR THE NETHERLANDS: a new band with a new album! Guy Verlinde (in the past Lightnin Guy) has been one of our regulars for years. In 2010, his premiere was in Wijk and after that he returned almost every year as a welcome guest. For his Dutch release of the CD of his new band Guy Verlinde & the Artisans of Solance, he chose our beautiful Calypso theatre in Wijk bij Duurstede. 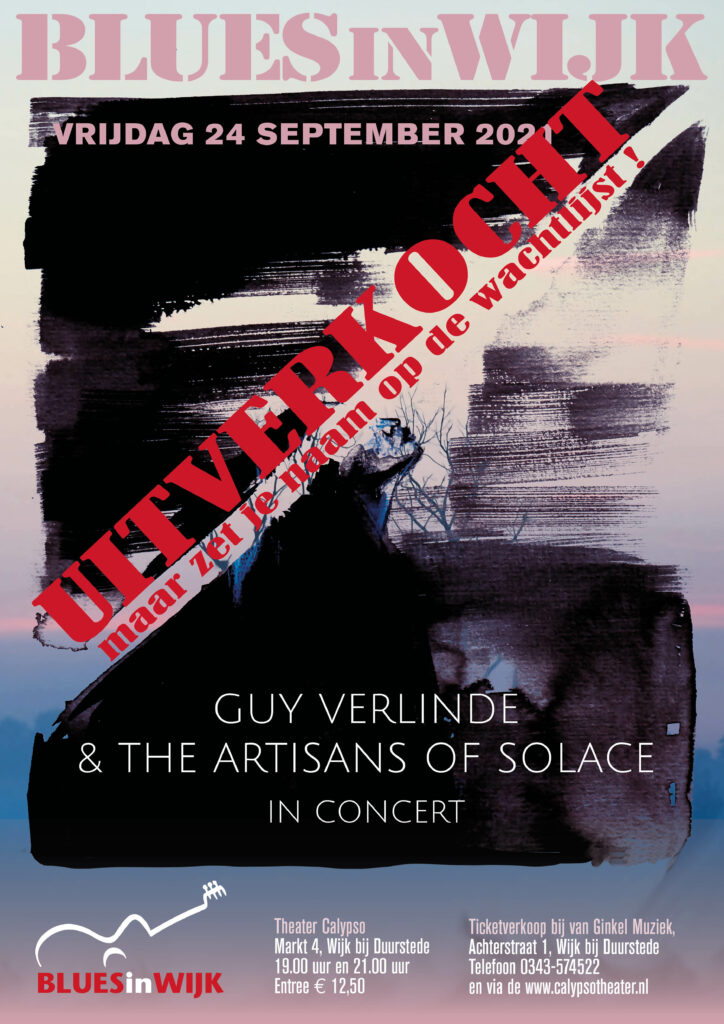 Over the past decade Guy Verlinde dominated the Belgian blues scene and toured non-stop through Europe with his band “The Mighty Gators”. He recorded 12 albums in 11 years and played in several prestigious clubs and at international festivals where he shared the stage with greats like: BB King, John Fogerty, Tony Joe White, Santana, John Hiatt, Canned Heat, Jeff Beck … In recent years, he toured in a small line-up with the acoustic songs from his album “All Is Forgiven” and showed that besides the Blues, he is also at home in the Americana music & singer-songwriter genre. 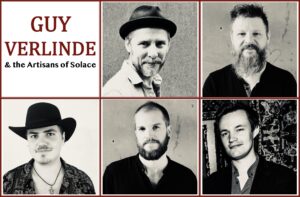 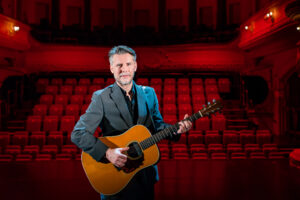 The album Standing In The Light of a Brand-new Day is a new step in his musical and textual evolution. His love for acoustic music remains unchanged, but since this album is more arranged, he felt the need to invite additional musicians to play these songs live.

The Artisans of Solace are a host of top musicians with whom he has travelled many musical miles in the past. The rhythm section consists of Karl Zosel and Benoit Maddens, who were also the backbone of “The Mighty Gators”. In addition, the two versatile multi-instrumentalists Tom Eylenbosch and Olivier Vander Bauwede, who are masters of colouring with sound, form the musical backbone of the band.

It will be a concert full of stories about love, loss, hope, resurrection … but above all about the positive power of music. A concert not to be missed with dreamy, acoustic, narrative songs that grab you by the throat. Here is a foretaste with The unsung: (about unsung heroes) 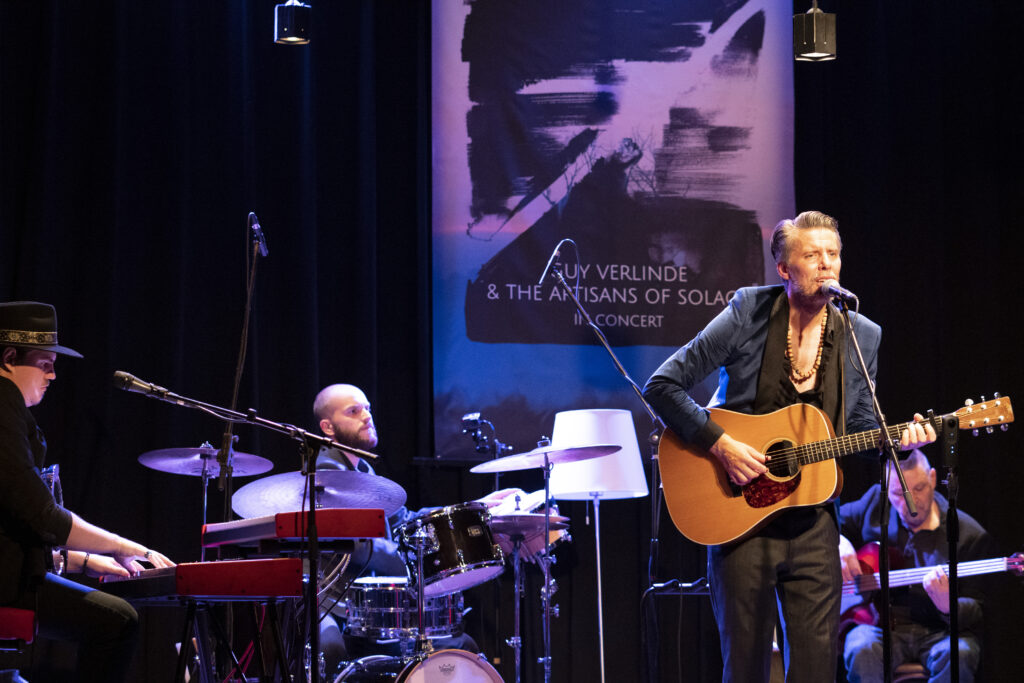 Guy Verlinde successfully back in Calypso

Guy Verlinde’s relationship with BluesinWijk goes back to the very beginning of the Wijk Bluesclub.  In many formations, from solo to full band The Mighty Gators, Guy Verlinde was always an engaging and enthusiastic trendsetter of many a performance. Who remembers the unleashed singer-guitarist of The Mighty Gators, whipping up the audience by standing on one of the big boxes in front of the stage at the Museum Dorestad? Or his presence at the Bluescruise? His course “The Origins of the Blues” at the Revius Lyceum? Over the years, Guy’s repertoire has changed, he has developed his own style, his lyrics have become even more profound and the sympathetic performer still proves to be a crowd pleaser pur sang.  This time he performed with his new formation, who convincingly performed their corona-produced album ‘Standing in the Light of a Brand New Day’ for an attentive audience.

Finally, after a long time without concerts, Friday night in Calypso was back to perform. Admittedly not to a full house yet, but with two almost identical performances in a row, 2 x 50 visitors were treated to a special concert with mainly work from his new recent album.

Special because the composition of his band consists of two members of the trio with which he recorded his previous album ‘All is Forgiven’: Guy Verlinde – guitar & vocals and Olivier Vander Bauwende – harmonica & guitar, complemented by the rhythm section of the former The Mighty Gators, bassist Karl Zosel and Benoit Maddens – drums & percussion. Tom Eylenbosch – piano & banjo has been added as the fifth band member. Special also because they make very different music than with the Gators.

The concert began with a beautiful harmonic chord that swelled into a beautiful wall of delicious sound. This turned out to be the start of an evening of music like the audience had never heard before, with beautiful sustained soundscapes and then again playful and full of rhythm. In short, a wonderful evening during which Guy often explained beforehand why he had written that particular song. Guy himself also mentioned the fine relationship and special bond he has with our beautiful theater Calypso and all the volunteers of BluesinWijk who make every performance here a celebration and especially chairman Arie Verheul who first brought him to Wijk bij Duurstede more than 11 years ago.

Soon you will be able to watch this concert, as well as all the other concerts, in the archive on the BluesinWijk website. I am already looking forward to that.